In Loving Memory of our Beloved Sister Agatha

In Loving Memory of our Beloved Sister Agatha

Sister Agatha was born in Sydney in 1971.

She was blessed with two very loving parents, Panayiotis and Aikaterina Anastasiou, and two beloved sisters, Mary and Anastasia.

She attended the University of Sydney where she completed a Bachelor of Science majoring in Mathematics.

She later taught mathematics in high school. She was an active and zealous member of the Greek Orthodox Ladies Group Φιλικόc Κύκλοc.

Sister Agatha received a calling to monasticism at a young age and received extensive training with other potential novices, under the guidance of the late Abbess Methodia, of the Holy Cross Monastery in Corinth, Greece.

In 1996, with the blessing of the late Archbishop of Australia, Stylianos and her spiritual Father Elder Stephanos, former

Abbot of the Pantanassa Monastery, she became a fully vowed nun and a co-founder of the Holy Cross Monastery, Mangrove Mountain.

Her current Abbess and the Sisterhood dearly miss her and thank everyone for their love, support and prayers.

May our most Merciful Lord place her soul in Paradise. 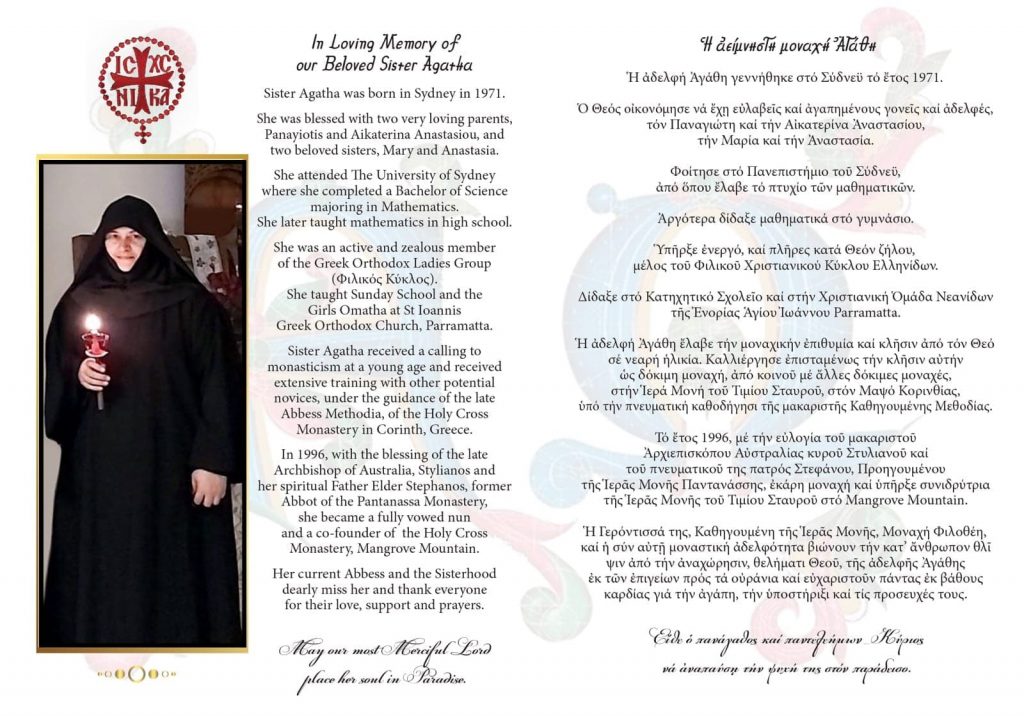